Although the numbers continue to rise rapidly, reports of slowing from China, Italy and Spain show the light at the end of the tunnel. China is slowly trying to get life back to normal in Wuhan. In Italy and Spain, the number of deaths has been declining.

For countries other than China, we know that the virus progresses in a pattern similar to what we have seen in Italy. Our analysis and predictions confirm that, at least for a few weeks now. There are many factors affecting this course of progress, but we can also see that in countries that are late in taking effective measures such as social distancing, self-isolation and curfew, the numbers are increasing faster and reaching higher levels.

As of this week, there is an expectation that the pattern seen in China will be followed in other countries with clear indications in Spain and Italy. We hope that the summit in Spain and Italy will be reached soon and followed by a horizontal development from now on. That means the total number of cases and deaths will increase at a lower rate for some time and total numbers will plateau. 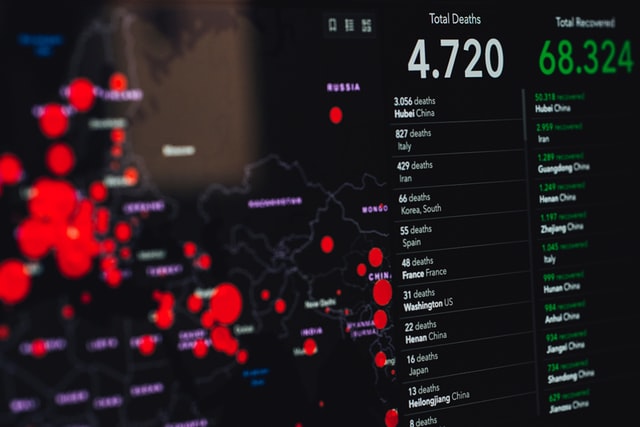 I want to make a note here and address last week’s claim that ‘Chinese do not disclose the real numbers’. We all know China is not a beacon of transparency. Many other countries are not either. However, it is necessary to say that close-to-the-truth reporting seems to be the case so far. Chinese have so far led the reporting as well as scientific development against this virus.

In our analysis of COVID-19 reported numbers and the data on immigrants in China and Chinese immigrant populations outside China, we also included the Freedom/Transparency Index scores. Our concern here was that in authoritarian and authoritarian-leaning countries, there may have been underreporting. But that was not the case. We didn’t find a significant statistical relationship between the Freedom index and the number of cases and death counts anywhere. In other words, if China is hiding the truth, everyone does so.

If we look at the source of the claim about “China hiding numbers”, it is clearer: Bloomberg, the US conservative broadcaster. In the original article Bloomberg reporter says that they have spoken to two CIA officers, who did not want their names disclosed and they said the report sent to the White House last week was secret and so they cannot share the details. But they still said that the thrust of the report was that China’s public statements were not true.”

In other words, two CIA agents who did not reveal their names, said there is secret report, but they cannot reveal the details of the report, claimed that China was not disclosing the real numbers which must be higher! Because… the two unidentifiable agents say so! very rich, is not it?

Scientific data on the epidemiology of the virus and the spread and the measures against show us that the patterns reported in China, the US and elsewhere are within expectations. Differences can be explained by the delays in taking measures.

Still, the only lesson we can draw from this picture is hope. So if it follows the Chinese pattern everywhere, it may be possible to return to our normal lives within 3 months or so.

But bear in mind that this ‘normal’ will be a “temporary” normal. Since all the measures so far have been to ensure that the number of people affected by the outbreak peaked at the lowest possible levels. This virus will remain with us for a long time. Expectations are that the number of cases will slow in the coming months, and will rise again in the autumn, hopefully not to the heights seen in the last few weeks.

Long story short, our hopes for an outdoors spring and summer is higher than last week.

Have a good week and good luck.

* A Turkish version of this article has been published by BirGun daily newspaper: https://www.birgun.net/haber/koronavirus-ve-saibeli-sayilar-295132